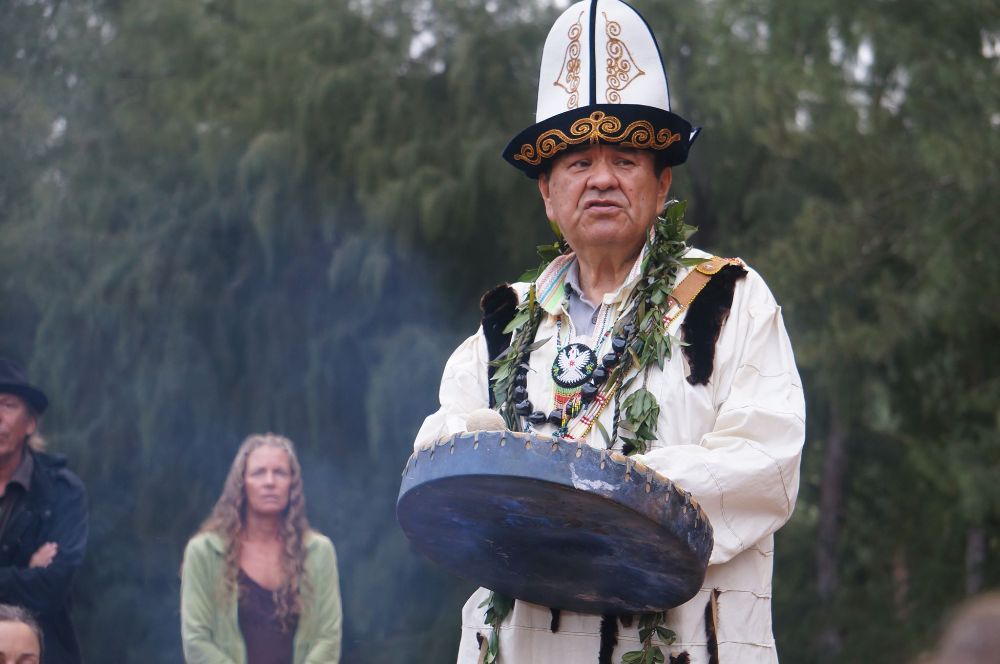 Ilarion (Larry Merculieff) was raised in a traditional Unangan (Aleut) way and received his Unangan name Kuuyux. The name is given to one person in each lifetime amongst his people. Kuuyux means an arm extending out from the body, a carrier of ancient knowledge into modern times, a messenger. Today he is living the legacy of his name.

Merculieff is co-founder and former chairman of the Alaska Indigenous Council on Marine Mammals; former chairman of the Nature Conservancy, Alaska chapter; former co-director of the Native American Fish and Wildlife Society, Alaska chapter; as well as co-founder of the International Bering Sea Forum, the Alaska Forum on the Environment, and the Alaska Oceans Network. Merculieff served on the National Research Council Committee on the Bering Sea Ecosystem and presented at numerous scientific conferences. He chaired the Indigenous knowledge sessions (that involved representatives from 80 nations) at the Global Summit of Indigenous Peoples on Climate Change, chaired the scientific working group for Snowchange that involved representatives from 8 Arctic nations focused on climate change, and served as the U.S. chair for the 2008 North American Gathering of Indigenous Peoples for the Healing of Mother Earth in Merida, Mexico.

He has authored Wisdom Keeper: One Man’s Journey to Honor the Untold Story of the Unangan People, and co-authored Stop Talking: Indigenous Ways of Teaching and Learning, and Perspectives on Indigenous Issues: Essays on Science, Spirituality, Partnerships, and the Power of Words.

Close to Merculieff’s heart are issues related to cultural and community wellness, traditional ways of living, Elder wisdom, climate change and the environment. Having had a traditional upbringing, Merculieff has been, and continues to be, a strong voice and activist calling for the meaningful application of traditional knowledge and wisdom obtained from Elders in Alaska and throughout the world in dealing with modern day challenges. He founded and currently heads the Global Center for Indigenous Leadership and Lifeways (www.gcill.org). His present work is with a new organization he has founded called the Wisdom Weavers of the World, www.wisdomweavers.world to take the messages of Elders from throughout the world to global attention.